From The Multilingual Encyclopedia
Jump to navigation Jump to search
For other uses, see Saturday (disambiguation). 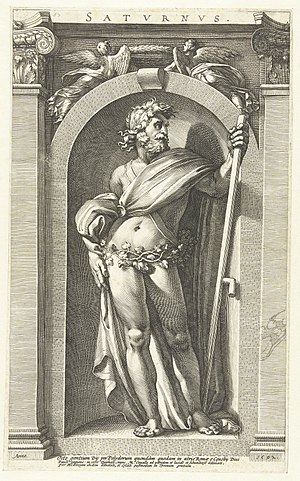 Saturday is the day of the week following Friday and preceding Sunday. The Romans named Saturday Sāturni diēs ("Saturn's Day") no later than the 2nd century for the planet Saturn, which controlled the first hour of that day, according to Vettius Valens.[citation needed] The day's name was introduced into West Germanic languages and is recorded in the Low German languages such as Middle Low German sater(s)dach, Middle Dutch saterdag (Modern Dutch zaterdag) and Old English Sætern(es)dæġ and Sæterdæġ.[1] However, the name was selected as a calque of the god Saturn, after whom the planet was named. The day was also referred to as "Sæternes dæġe" in an Old English translation of Bede's Ecclesiastical History of the English People.[2] In Old English, Saturday was also known as sunnanæfen ("sun" + "eve" cf. dialectal German Sonnabend).[3] Saturday is a day in which many people do leisure activities.

See also: Names of the days of the week 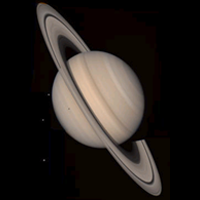 Between the 1st and 3rd centuries AD, the Roman Empire gradually replaced the eight-day Roman nundinal cycle with the seven-day week. The astrological order of the days was explained by Vettius Valens and Dio Cassius (and Chaucer gave the same explanation in his Treatise on the Astrolabe). According to these authors, it was a principle of astrology that the heavenly bodies presided, in succession, over the hours of the day. The association of the weekdays with the respective deities is thus indirect, the days are named for the planets, which were in turn named for the deities.

The Germanic peoples adapted the system introduced by the Romans but glossed their indigenous gods over the Roman deities in a process known as interpretatio germanica. In the case of Saturday, however, the Roman name was borrowed directly by Westgermanic peoples, apparently because none of the Germanic gods were considered to be counterparts of the Roman god Saturn. Otherwise Old Norse and Old High German did not borrow the name of the Roman god (Icelandic laugardagur, German Samstag).

In the Eastern Orthodox Church, Saturdays are days on which the Theotokos (Mother of God) and All Saints are commemorated, and the day on which prayers for the dead are especially offered, in remembrance that it was on a Saturday that Jesus lay dead in the tomb. The Octoechos contains hymns on these themes, arranged in an eight-week cycle, that are chanted on Saturdays throughout the year. At the end of services on Saturday, the dismissal begins with the words: "May Christ our True God, through the intercessions of his most-pure Mother, of the holy, glorious and right victorious Martyrs, of our reverend and God-bearing Fathers…". For the Orthodox, Saturday — with the sole exception of Holy Saturday — is never a strict fast day. When a Saturday falls during one of the fasting seasons (Great Lent, Nativity Fast, Apostles' Fast, Dormition Fast) the fasting rules are always lessened to an extent. The Great Feast of the Exaltation of the Cross and the Beheading of St. John the Baptist are normally observed as strict fast days, but if they fall on a Saturday or Sunday, the fast is lessened.

For Jews, Messianics, Seventh Day Baptists and Seventh-day Adventists, the seventh day of the week, known as Shabbat (or Sabbath for Seventh-day Adventists), stretches from sundown Friday to sundown Saturday and is the day of rest. Roman Catholic and Eastern Orthodox churches distinguish between Saturday (Sabbath) and the Lord's Day (Sunday). Other Protestant groups, such as Seventh-day Adventists, hold that the Lord's Day is the Sabbath and not Sunday. From Scriptures, Jesus rested in the grave on the Sabbath day, which is the day after the day of preparation. In this way, Jesus rested as God rested after creating the world. Quakers traditionally referred to Saturday as "Seventh Day", eschewing the "pagan" origin of the name.[4] In Islamic countries, Fridays are considered as the last day of the week and are holidays along with Thursdays; Saturday is called Sabt (cognate to Sabbath) and it is the first day of the week in many Arab countries.

In Scandinavian countries, Saturday is called lördag, lørdag, or laurdag, the name being derived from the old word laugr/laug (hence Icelandic name Laugardagur), meaning bath, thus Lördag equates to bath-day. This is due to the Viking practice of bathing on Saturdays.[citation needed] The roots lör, laugar and so forth are cognate to the English word lye, in the sense of detergent. The Finnish and Estonian names for the day, lauantai and laupäev, respectively, are also derived from this term.

Today, Saturday is officially called Samstag in all German-speaking countries, but there it has two names in modern Standard German. Samstag is always used in Austria, Liechtenstein, and the German-speaking part of Switzerland, and generally used in southern and western Germany. It derives from Old High German sambaztac, which itself derives from Greek Σάββατο, and this Greek word derives from Hebrew שבת (Shabbat). However, the current German word for Sabbath is Sabbat. The second name for Saturday in German is Sonnabend, which derives from Old High German sunnunaband, and is closely related to the Old English word sunnanæfen. It means literally "Sun eve", i.e., "The day before Sunday". Sonnabend is generally used in northern and eastern Germany, and was also the official name for Saturday in East Germany.

In West Frisian there are also two words for Saturday. In Wood Frisian it is saterdei and in Clay Frisian it is sneon, derived from snjoen, a combination of Old Frisian sunne, meaning sun and joen, meaning eve.

In the Westphalian dialects of Low Saxon, in East Frisian Low Saxon and in the Saterland Frisian language, Saturday is called Satertag, also akin to Dutch Zaterdag, which has the same linguistic roots as the English word Saturday. It was formerly thought that the English name referred to a deity named Sætere who was venerated by the pre-Christian peoples of north-western Germany, some of whom were the ancestors of the Anglo-Saxons. Sætere was identified as either a god associated with the harvest of possible Slav origin,[5] or another name for Loki[6] a complex deity associated with both good and evil; this latter suggestion may be due to Jacob Grimm.[7] However, modern dictionaries derive the name from Saturn.[8][9][10][11]

The modern Maori name for Saturday, rahoroi, literally means "washing-day" - a vestige of early colonized life when Māori converts would set aside time on the Saturday to wash their whites for Church on Sunday.[citation needed] A common alternative Māori name for Saturday is the transliteration Hatarei.

In India, Saturday is Shanivar, based on Shani, the Vedic god manifested in the planet Saturn. In the Thai solar calendar of Thailand, the day is named from the Pali word for Saturn, and the color associated with Saturday is purple.[citation needed] In Pakistan, Saturday is Hafta, meaning the week. In East India and Bangladesh Saturday is called Shonibar or শনিবার meaning Saturn's Day and is the last day of the Bengali Week in the Bengali calendar.[12]

Position in the week[edit | edit source]

In astrology, Saturday is aligned by the planet Saturn, its planet's symbol

, and the astrological signs of Capricorn and Aquarius.