From The Multilingual Encyclopedia
Jump to navigation Jump to search
This page contains changes which are not marked for translation. 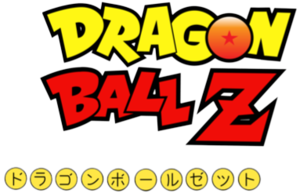 Dragon Ball Z (Japanese: ドラゴンボール, Hepburn: Doragon Bōru Zetto?, commonly abbreviated as DBZ) is a Japanese anime television series produced by Toei Animation. It is the sequel to Dragon Ball and adapts the latter 325 chapters of the original 519-chapter Dragon Ball manga series created by Akira Toriyama which ran in Weekly Shōnen Jump from 1988 to 1995. Dragon Ball Z aired in Japan on Fuji TV from April 26, 1989 to January 31, 1996, before getting dubbed in territories including the United States, Canada, Australia, Europe, Asia, and Latin America. It was broadcast in at least 81 countries worldwide.[1] It is part of the Dragon Ball media franchise.

Retrieved from "https://tme.miraheze.org/w/index.php?title=Dragon_Ball_Z&oldid=35830"
Categories:
Hidden categories:
Cookies help us deliver our services. By using our services, you agree to our use of cookies.