64 (sixty-four) is the natural number following 63 and preceding 65.

Sixty-four is the square of 8, the cube of 4, and the sixth power of 2. It is the smallest number with exactly seven divisors. It is the lowest positive power of two that is adjacent to neither a Mersenne prime nor a Fermat prime. 64 is the sum of Euler's totient function for the first fourteen integers. It is also a dodecagonal number and a centered triangular number. 64 is also the first whole number that is both a perfect square and a perfect cube.

Since it is possible to find sequences of 64 consecutive integers such that each inner member shares a factor with either the first or the last member, 64 is an Erdős–Woods number.

In base 10, no integer added up to its own digits yields 64, hence it is a self number. 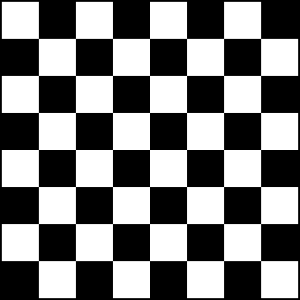 A chessboard has 64 squares

Retrieved from "https://tme.miraheze.org/w/index.php?title=64_(number)&oldid=4270"
Category:
Hidden category:
Cookies help us deliver our services. By using our services, you agree to our use of cookies.